We offer a variety of yoga classes taught by experienced teachers in an environment of safety and respect to the people of northern Utah.  We also offer private lessons.

We are located in the First United Methodist Church in Marriott-Slaterville.

Ogden Sangha Yoga is not affiliated with any church or religious faith.  We welcome everyone to practice with us!​​

Ogden Sangha Yoga is on the south side of 400 North. 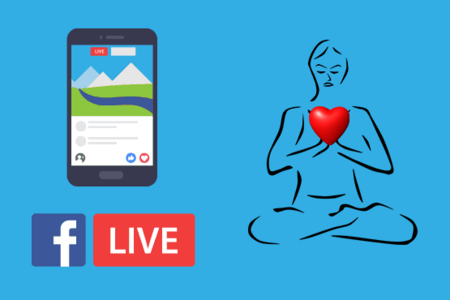 ​Ogden Sangha Yoga is temporarily closed for the safety of our students.   Brad, Vicky, Tricia, and Tami send our love and our best wishes for your continued good health.  In the meantime, you can join Brad on Facebook Live for restorative yoga Wednesday morning 9 - 10:30 am or for hatha yoga Friday morning at 9 - 10:30 am.  You can see them on the Ogden Sangha Yoga Facebook page!  Have a blanket/towel, a block of some sort, and a strap (belt, robe sash) handy if you can. If you can't make it at 9 am, we will save the classes for you to see later.

I'm All Right So Far

​     Once there was a great king who asked his magician to find him a courageous man for a dangerous mission. After a long search, the magician brought four men before his master. The king, wishing to choose the most courageous of the four, asked the magician to arrange a test.

The king, the magician and the four men went to the edge of a large field, on the other side of which stood a barn. The magician gave instructions: “Each man shall have his turn. He is to walk to the barn and bring forth what is there inside.”

The first man walked across the field. Suddenly a storm came up: lightning flashed, thunder rolled, the ground shook. The man hesitated. He was frightened. As the storm increased, he fell down in fear.

The second man walked across the field. The storm grew worse, until it was a tempest. The second man passed the first man, but finally he also fell down.

The third man started with a rush, and passed the other two. But the heavens opened, the ground split, and the barn itself waved and cracked. The third man fell down.

The fourth started slowly. He felt his footing. His face was white with fear. But he was more afraid of being thought afraid than of anything else. Slowly he passed the first man, and he said, to himself, “I’m all right — so far.” Foot by foot he went on until he had passed the second man, and again he said to himself, “So far I’m all right.” Little by little he closed the gap between him and the third man, while the storm got worse. When he passed the third frightened man he said to himself, “So far I’m all right. Nothing has happened to me. I can go a little farther.” So little by little, an inch at a time now, he went towards the barn. He got there at last, and just before he touched the latch he said, “So far I’m all right. I can go a little farther.” Then he put his hand on the latch.

Instantly the storm ceased, the ground was steady, and the sun shone. The man was astonished. From inside the barn came a munching sound. For a moment he thought it might be a trick. Then he thought, “I’m still all right,” and opened the door. Inside he found a white horse eating oats. Nearby was a suit of white armor. The man put it on, saddled the horse, rode out to the king and the magician, and said, “I am ready, Sire.”

“How do you feel?” asked the king.